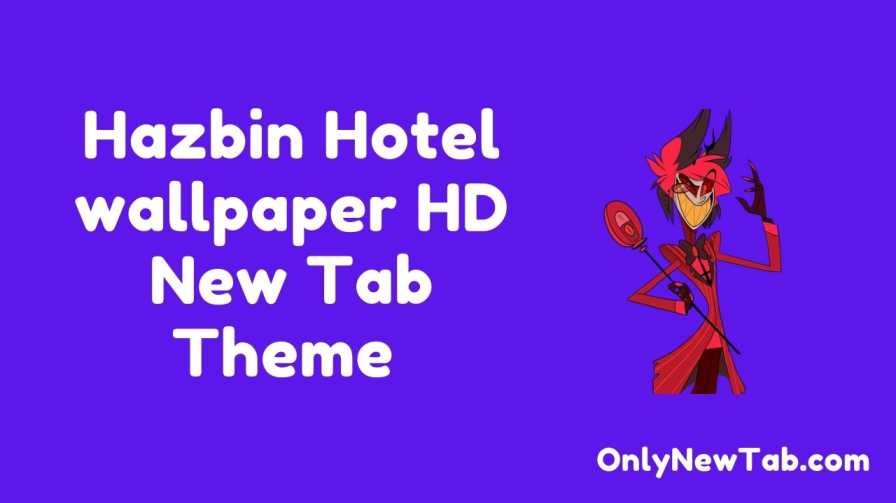 Hazbin Hotel wallpaper HD new tab theme is one of the most interesting extensions that you can add to your Chrome browser.

This extension will show you some HD wallpapers & themes for the background of your chrome browser. This extension also gives you the facility of customization so that you can customize it as per your requirement.

It is based on the web series named Hazbin Hotel. This extension will show you unique wallpapers related to this web series whenever you open up a new tab or new window in chrome.

By adding this extension to your chrome browser you can get the unique experience of comedy and drama.

Hazbin Hotel is an adult comedy-drama web series. This web series is being created, developed, directed, written, and produced by Vivienne Medrano.

The length of that episode was around 30 minutes. Later it was announced that the production company named A24 has signed the deal of Hazbin Hotel for a television series. The pilot episode managed to get around 55 million views so you can say that it became quite popular.

The name of this series was earlier “People Like Us” but then later the official name Hazbin Hotel has been decided.

There has been some news that other than Charlie Magne there will be songs related to the other main five characters of this series and the songs will be dedicated to each character. It has some similarities with the series named Helluva Boss.

But it has been cleared that both have the same universe but completely different cast, characters, and storyline.

How to Install the Extension of Hazbin Hotel wallpaper HD new tab theme?